Ex-Teacher: Bahasa United Us In The 60s

They say Bahasa jiwa bangsa. Here’s a story on how Wan Hua, a Bidor born Chinese-Malaysian agreed that languages break all barriers in uniting a nation. Read on:

Even after settling down in France for the past 50 years, the Malaysian in Wan Hua Chapouthier (nee Goh) has not been erased.

The 75-year-old former teacher believes Bahasa Malaysia, the national language, is the most important tool to cultivate and promote unity among Malaysians. 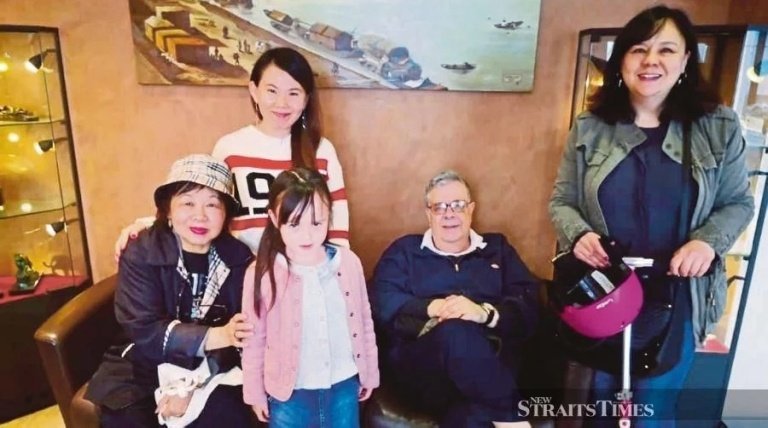 “We need to have a national language. Back in the 60s, there was no need (for the concept) of 1Malaysia. We did everything together and it was Bahasa that united us.

“We had no problem with the national language. In fact, we carried out many competitions such as public speaking to encourage the usage of Bahasa,” Wan Hua told the New Straits Times.

She said Bahasa Malaysia was the national identity of Malaysia as it showed that we did not need to borrow any language from any other nation.

“Bahasa Malaysia is simple. Probably Manglish (Malaysian-English) can be a sub-national language lah. This slang, Manglish, can only be found in Malaysia and even when we leave the country and meet other Malaysians, we will definitely speak in Manglish or in Bahasa.”

The mother of four and grandmother of one was born in Bidor and was raised in Ipoh.

She moved to France after marrying, Dr Georges Chapouthier, in 1972 in Strasbourg when she went there to pursue French language studies.

Before settling down in France, she was a teacher in SK (P) Dato Abu Bakar, SMK Cochrane and SMK Tanjung Tualang, Ipoh. Wan Hua returns home annually with her husband.

She is a strong believer that sports and extra-curricular activities in schools help form friendships and unity in a multiracial society.

In the 1960s, while teaching at SK (P) Dato Abu Bakar, she said she wrote and coached two light operas.

“I had the support from the headmistress, the late Datuk Hendon Din, and was assisted by fellow teacher Maureen Fonseka, who played the piano.

“They were Cinderella and Othello. I composed the script based on songs from great musicals like South Pacific, My Fair Lady and based on timeless Italian songs like Sole Mio.

“The girls who auditioned for the roles acted and sang so well that everyone was surprised. The heavens helped us as the plays were performed in the school field.

“Who says Malaysia has no talent? We have loads of it as Malaysians love to sing and dance, and joke.”

“I live by the word muhibbah. Schools need to understand this. Practice tolerance and do not mix religion and politics in schools.”